The ACS supports local cancer patients by paying for their transportation to their treatment destination.
Please call 367 3744 or 367 3643 for further information.
Posted by Abaco Cancer Society Merchandise at 5:22 AM No comments: 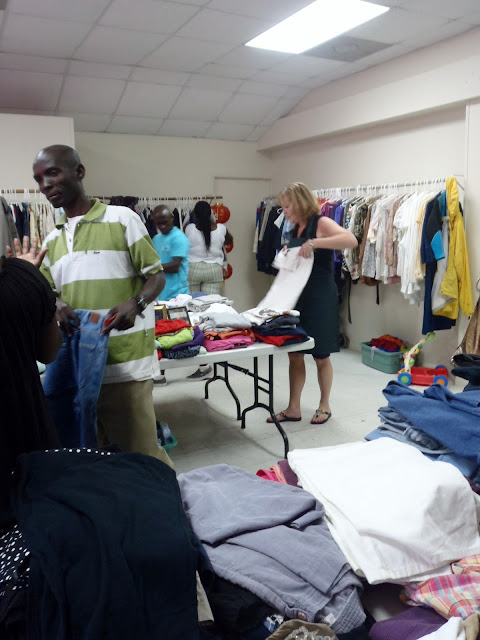 Saturday morning in the Thrift Shop.
Posted by Abaco Cancer Society Merchandise at 5:20 AM No comments: 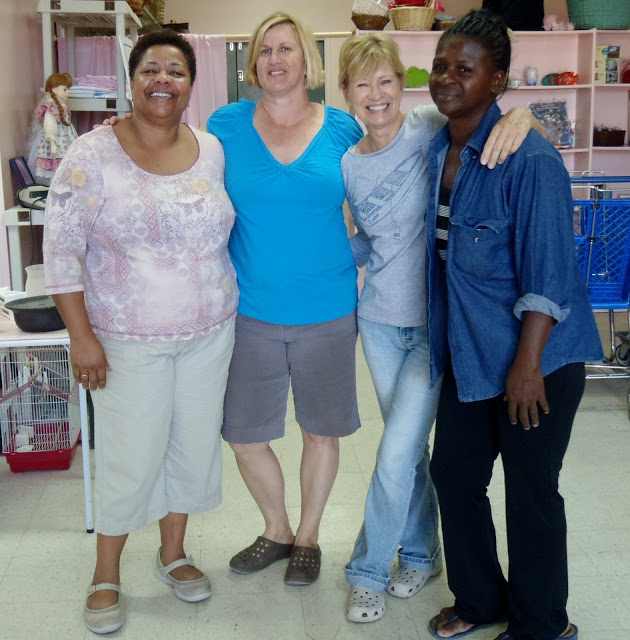 Some of our volunteers helped to clean up the Thrift Shop after Hurricane Sandy.
Posted by Abaco Cancer Society Merchandise at 5:18 AM No comments:

Email ThisBlogThis!Share to TwitterShare to FacebookShare to Pinterest
Our THRIFT SHOP is open every Saturday from 10 to 1pm, and is located next to Abaco Groceries.For donations to the Thrift Shop, please call 367 3744.
Posted by Abaco Cancer Society Merchandise at 4:25 AM No comments: 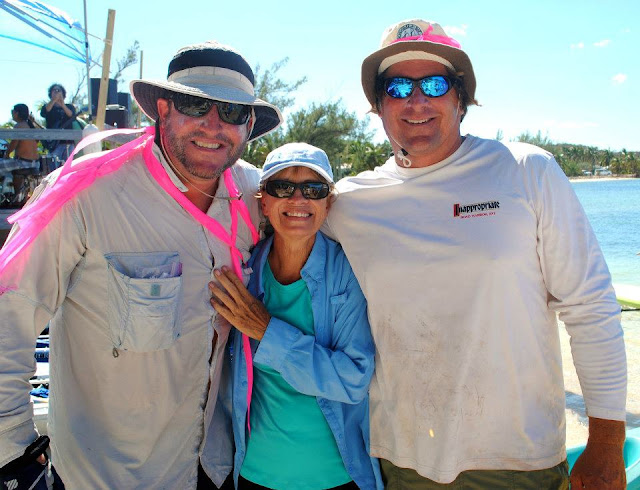 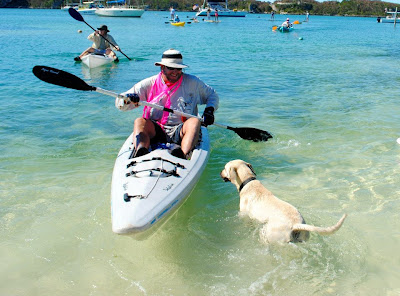 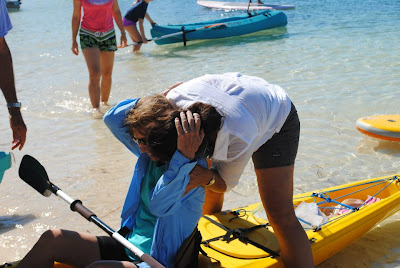 We made it! 15 miles!
Posted by Abaco Cancer Society Merchandise at 4:22 AM No comments: 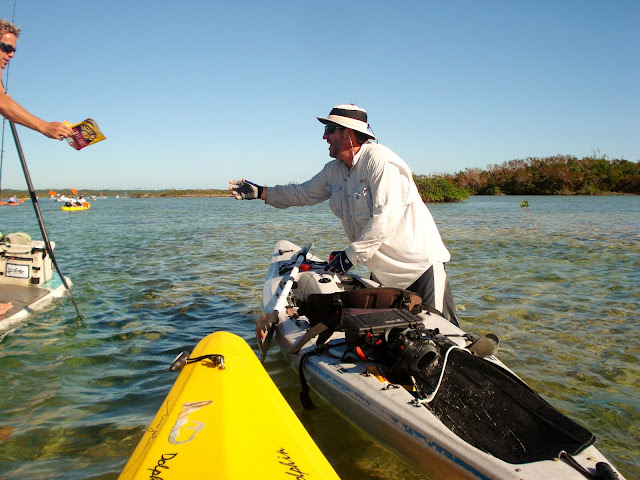 Adam taking a break.
Posted by Abaco Cancer Society Merchandise at 4:21 AM No comments: 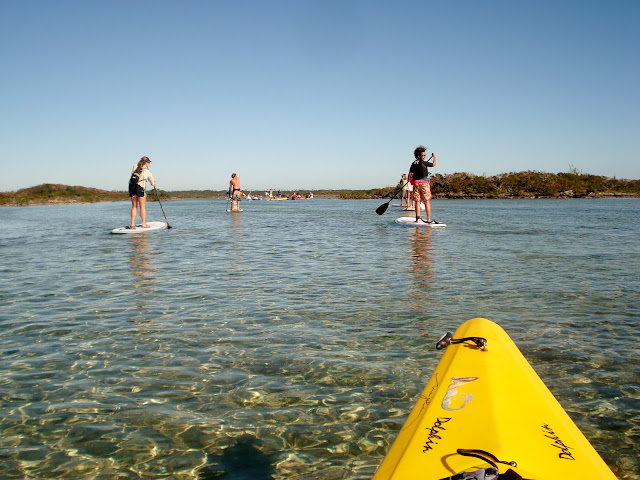 Posted by Abaco Cancer Society Merchandise at 4:17 AM No comments:

The first kayak challenge in 2011 highlighted the Snake Cay Creeks and the 52 paddlers battled weather which could not have been worse. This year, however, the powers that be smiled upon the event and the weather could not have been better for the 61 paddlers. The area highlighted this year was the Bight of Old Robinson, an area which was described by Kristin Williams, Executive Director of FRIENDS, as “incredibly beautiful and encompassing more than ten Blue Holes. The Bight of Old Robinson has the highest density of Blue Holes in The Bahamas.”

Three courses of differing lengths catered to all abilities of paddlers. A 3 mile course went from Little Harbour to Bridges Cay and back, an 8 mile course proceeded through the Bight of Old Robinson across the Bay and back over the blue holes while the most energetic paddlers covered a 15 mile course which went out to the end of Lynyards Cay to Wilson City and back round through the creeks. All paddlers were asked to begin by 8 a.m. and those on the shortest course began returning around 11 a.m. while those travelling the furthest distance did not arrive back until almost 2 p.m.

For most of the paddlers this was the first time they had been in the creeks and they all came back extolling their awesome beauty. In fact, they all found it so magnificent that just about all of the paddlers who signed up for the shorter courses were inspired to go further and see more, so they all ended up travelling further distances than originally planned. Although the weather was calm and the day was perfect they still found it challenging coming around the point into the cut. One person capsized but was able to get back on and continue and the whole event came off without any problems.

Two chase boats kept a close eye on all participants and provided water while two EMS personnel with an ambulance waited on standby all day, for which the organizers were very grateful, but fortunately their services were not needed.

Brent Cartwright’s entire family joined in the event. He and his wife, Layna, paddled one kayak with their six-year-old daughter, Carter, on-board while her twin brother, Hunter, paddled his own kayak. They originally signed up for the three-mile course because Hunter was determined to do the course all by himself but once out there they decided it was so pretty they did not want to turn back and so paddled a full eight miles. This, of course, proved rather too much for a six-year-old and so Hunter had to be towed some of the way but they all agreed it was well worth it.

Not only did the paddlers have a great day but also all the supporters who went to cheer them on. Everyone enjoyed the day’s beach party at Pete’s Pub where a pig roast and lively music by the Goat Peppers Band added to the festive atmosphere. Several ‘Abaco Island Artists’ showcased their work which included art work, jewellery and other knickknacks and they donated part proceeds to the two charities.

T-shirts were also on sale bearing a very attractive design created especially for the occasion by artist Marjolein Scott. During the afternoon the children had fun paddle boarding in the harbour and participating in games on the beach.

Kristin Williams, Executive Director of FRIENDS, paddle boarded a distance of between eight and ten miles. This is very taxing as it entails standing up the entire time but Williams says that she prefers paddle boarding as it enables the paddler to see more and she was able to spot over 50 turtles and several sharks and rays. She was thrilled that so many people had seen the creeks area. “This is part of the Abaco Creeks National Park Proposal and I was so pleased for people to see why we are trying to protect it. We are not proposing to stop people going into the creeks but our proposal is to protect this habitat against large social development. We want the locals to know what beauty is there and it was wonderful to see the reaction of people seeing these creeks for the first time. There was a great spirit to the event and it was very uplifting experience,” she stated.

Marjolein Scott, Vice President of the Abaco Cancer Society, who kayaked the entire fifteen mile course, said that after seeing the Cancer Society Thrift Shop in shambles after the hurricane she was delighted to see so many supporters out for the event especially just a week after the storm. She wished to express special thanks to behind the scenes men Chris Higgs, Adam Lawrence and Edward Scott, who worked so hard hauling kayaks from Marsh Harbour to Little Harbour, moving tables for the artists, marking routes for the paddlers and giving much encouragement to everyone.

Kristin Williams said that this joint event which benefits the Abaco Cancer Society and Friends of the Environment is a very good fit. “Both groups are working towards a healthy environment and healthy lifestyles. We look forward to next year when we hope to once again paddle in the Bight of Old Robinson and we will mark out a different route so that we can explore more of this amazing area.
This is the only kayak challenge in the Bahamas and we hope that this will become a big national event with people from other islands participating and hopefully one day becoming as big as the Conch Man Triathlon.”

The organizers wish to thank all of the sponsors and everyone who participated in this wonderful event in any way.
Posted by Abaco Cancer Society Merchandise at 3:24 AM 1 comment:

The ACS supports local cancer patients by paying for their transportation to their treatment destination.Please call 367 3744 or 367 3643 for further information.

Our THRIFT SHOP is open every Saturday from 10 to 1pm, and is located next to Abaco Groceries.For donations to the Thrift Shop, please call 367 3744.